This week I read a blog post called “Chronic pain and losing identity“. The author, Dr Rachel Cason, is an ATCK who works with TCKs. I came across the post because I do so much reading in and around the TCK field. But this particular piece of writing was about me. I found it comforting and challenging and even a little threatening.

I’ve divided my thoughts into two halves: infirmity, and identity. In this post I’m going to explain the role of chronic pain in my life. In my next post I’ll talk about the interaction between pain and identity, especially in my current season of transition.

Chronic pain is something I’ve lived with my entire life. A few years ago I wrote about this in a post called “Remembering chronic pain“. I was “remembering” by looking back on harder seasons of pain from a place of pain well managed. A few months after writing this, however, chronic pain came back to the forefront for me. The stress of transition (to life in Australia, and full time study) along with the change in routine, brought a lot of pain issues back into play.

Now I’m settling into a new place, a new routine, a new identity – and chronic pain is once again taking up a lot of room. I feel the limitations of my body constraining me near constantly. It is frustrating. So very frustrating.

I still remember the moment someone first applied the term “chronic pain” to my experience. It didn’t seem right to me. My pain, and my physical infirmities, weren’t serious enough for that label. But she forced me to consider the meaning of “chronic” – both the definition and the impact. Chronic means ongoing, something that isn’t fixed, that doesn’t go away. When pain continues there is no light at the end of the tunnel. It’s not a temporary distraction, or even a difficult part of one’s journey. It is a constant companion. And even on the days that aren’t painful, there is the knowledge (often accompanied by fear and stress) that the pain will return. In that moment I allowed myself, for the first time, to really consider the emotional burden I had been carrying my whole life.

For me a big part of that burden is the knowledge that my pain is difficult to explain. There is no one thing I can point to. There are a dozen things, none of which sound particularly impressive. The short story is that there are fundamental problems with the way my body is constructed – with various bones, tendons, and ligaments – which create susceptibility to problems and pain. This means I am in pain after only short periods of strain on problem areas. And since those problem areas include my wrists, elbows, shoulders, neck, lower back, hips, knees, and ankles, literally anything I do puts strain on something. Then add chronic migraines and a complicated food intolerance, and suddenly my life is full of pain, potential pain, and strict limitations.

These are unseen problems. For much of my life, my pain has been ignored, misunderstood, and diminished by others. Sometimes unintentionally, sometimes carelessly, sometimes quite maliciously. And so I hide it. I’m very good at hiding it – even from myself, at times. By the time someone else can tell that I’m in pain, I’m in serious pain. Pain strong enough even I can no longer hide it.

There are two big reasons I hide my pain. First, I expect that people won’t believe me, won’t understand the higher cost I pay to do “normal” activities. That they’ll simply think I’m lazy. This was a repeated childhood experience especially before my first diagnosis at age 11, until which time my family and I didn’t know there was anything wrong. Unfortunately, beginning to get medical validation of my problems didn’t mean my pain was believed by everyone. My 8th grade PE teacher thought there was nothing wrong with me, despite a doctor’s note. She was snarky and made life difficult for me. I learned that being right (about my pain and problems) didn’t mean people would listen to me. The weight of so many uncertainties meant I constantly second guessed myself: maybe I wasn’t in more pain that others; maybe I really was just lazy. I still downplay my pain to myself, still worry that everyone around me thinks I’m lazy. It’s so hard to change the habits of a lifetime – even when I know better!

The second reason I hide my pain is that it’s just too hard. Explaining it often makes me feel more burdened, forcing me to face the emotional pain that accompanies the physical. And often the response of those around me is to say “have you tried…?” – as if I haven’t been pursuing all manner of possible solutions for 25 years, as if I don’t know my body and my pain better than them. It hurts to explain all this. Because it is chronic. It’s not going away. Whether you know about it or not, whether you believe me or not, I still have to live with it. I still have to do things, despite the physical cost. That is the weight of chronic pain – it continues, always. I can tell you that on a certain day even standing up hurts, but that doesn’t change the fact that I have to stand, and walk. You might pity me, but you can’t take the pain away.

Still, there is comfort in having people around me know I have pain issues. There is hope that when they see me sitting when everyone else is standing, looking for ramps instead of stairs, not helping carry things, or all the other ways I don’t join in, that maybe they won’t see a lazy person – they’ll see someone looking after herself appropriately.

Living on campus at college the past three years forced me to be obviously limited in front of lots of people. I hated how often my limitations were exposed. But I was so touched by the kindness I was shown in those times. People went out of their way to help, and didn’t make a big deal out of it.  Most of the time it cost them nothing but a little time, and saved me a lot of pain, so apparently it was worth the effort. No one acted as though they were doing me a big favour, even though they were. That helped with the emotional struggle at least as much as the physical. 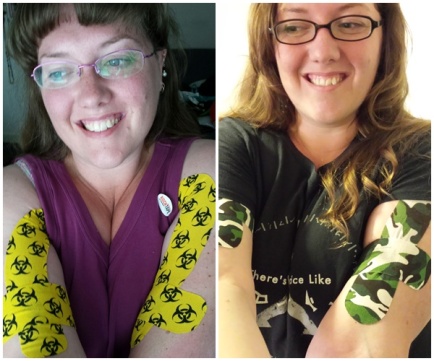 Crazy patterned Rocktape down my arms was a common sight around college!

All of this is really just the backstory – explaining the infirmity so I can explain why Rachel’s post about identity really hit home for me. So stayed tuned for that…

4 thoughts on “Infirmity and Identity, part 1” 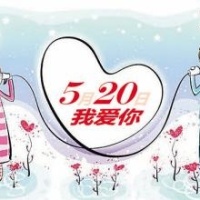 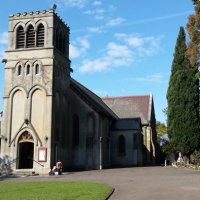