Yesterday I was diagnosed with asthma. I had a nasty cold 3-4 weeks ago and when the congestion and sore throat went away, the coughing and exhaustion didn’t. But now I have an explanation for why I’ve been so tired! Lack of oxygen, it turns out, is not so good for you. I had an asthma attack on Friday, but didn’t realise what it was until I began to have breathing difficulties over the next few days. By Monday I’d made plans to see a doctor, by Tuesday afternoon was convinced it was asthma, just in time to have a second (less severe) attack that evening. Wednesday morning (yesterday) I saw a respiratory doctor and got a diagnosis and medicines. It takes a few days for the steroids to start kicking in (and will most likely take several weeks to get it all properly under control) so I’m still having breathing difficulties for now. At this point I think it’s more stressful for my husband than for me – now I know what it is and I have medicine and I know it’s going to get better. He still has to listen to me straining to get air.

I give you that summary of what has been two weeks of frustration at exhaustion followed by an increasingly scary week of breathing trouble so that I can tell you a China story: getting medical care like a local.

Now, before I really get started: no, this isn’t pollution related. Almost everyone I’ve told who doesn’t live in Beijing has asked me that. I lived in Beijing for a long time before this, and the pollution is actually a lot better now than in the past. Plus the past week (when I’ve had the most trouble) has been very clean. What I do have is clear family history, and I also had bad asthma as a child. I was diagnosed and treated from age 2, and have no memory of having an actual asthma attack – hence why I didn’t recognise it when it happened.

Now – back to the story. How was this process different happening to me as an expat in China than if it had happened when I was a local in Australia? In Australia I would have gone to a doctor faster. I would have been diagnosed and treated before the second attack happened, and my situation wouldn’t have deteriorated as much as it did. So why did living here make a difference? Because I had to make a choice. Go to an English-speaking doctor (very far away and very expensive) or go to a local Chinese doctor (closer, but unfamiliar and using my second language).

Given that I was low on both energy and money, making the trek to a western clinic wasn’t appealing to me. But I hadn’t been to a Chinese doctor in years, and never in the area I live in now. So I decided my preferred option was to ask a foreign friend in my area, who’s lived here a long time and has good Chinese, to go with me. I was much happier waiting a few days to go with her than to take on the stress of going sooner on my own. With the benefit of hindsight, knowing how things played out, I’m still happy with that decision.

In China the normal way to get medical treatment is to go to a hospital. Doctors have offices there, and you sign up to see the particular doctor you need. Most of the time you don’t make appointments in advance, you show up and try to get a spot. Typically, this means arriving early in the morning to get near the front of the line to register so you can get a number low enough to actually be seen – especially for any doctor who is in demand. And since every hospital’s system is slightly different, it’s a bit intimidating the first time.

My friend recommended a hospital a bit further south, not the one closest to us. Once we got there I understood why – it’s really well organised, very clean, and everyone is very helpful. It is the least stressful Chinese hospital I’ve ever been in. It was soooo helpful to have her to guide me through the system. We arrived at 8am, which was when the hospital was officially open. First we went to the information desk, to find out which department I needed to go to. I said I had asthma, they said I needed the hu xi nei ke – the respiratory clinic. Seems simple, but while it was easy for me to recognise the phrase hu xi nei ke, I could never have thought it up on my own. Next we lined up at the registration desk, where I said hu xi nei ke and handed over my passport so they could enter my details, paid $10, and received a slip of paper like a receipt. It had my details, the name of the doctor I was going to see, an approximate time of when I would be seen (10:58-11:28) and a barcode at the bottom.

Next we wandered around looking for hu xi nei ke on the signs until we found our way to the respiratory clinic. First I had to go get my blood pressure checked and marked on my receipt, then I took the receipt to the doctor’s office. The nurse on duty there took one look at me and began swivelling her head in panic, eventually muttering, “didn’t bring a translator” at which point I said “I don’t need a translator, just talk to me.” Her head snapped back around and her eyes widened but after that she was extremely helpful the whole morning. She took my slip, and said if not everyone came for their appointments I might get in quickly, otherwise it could be a long wait. We decided to sit and wait for a bit to see what happened.

At 8:20am she (the nurse) said a couple of formal sounding sentences and bowed, and the few patients waiting clapped – it was the official opening of the office. The doctor arrived at 8:28am and the first patient was brought in at 8:30. There was a red number showing which patient in line was being seen, and a print out on the noticeboard next to the door showing the list of patients. The nurse would come out and call a patient’s name, if they weren’t there she’d call a different name. The numbers advanced slowly. As patients arrived they pushed their receipts through a little slot next to the (closed) door. They started with patient number 1; I was patient number 38. We stayed over an hour before checking in with the nurse again. She said my turn would come around 11:30am, if we wanted to go for a walk and come back – so we went to a mall across the road to get hot chocolates.

In the cafe I had a bad breathing episode, which really concerned my friend – she had an appointment somewhere else at 11:30 and was worried about leaving me on my own. But I eventually convinced her I was fine. The hospital was great, I now knew the process, and besides – if anything bad happened I would be surrounded by medical people. So we went back after 11 and she sat with me a little while before heading out. I finally saw the doctor about 11:50am.

I had practised saying (in Mandarin) what I would want to say to the doctor, looking up the vocab I would need, so the conversation went fairly smoothly. It also started with the doctor telling me I spoke more standard Mandarin than him. I get told that a lot, but at this point I don’t think he’d actually heard me speak yet! I guess he’d been talking to the nurse? I described my symptoms, he asked questions, and I was delighted to find I could answer them all! I could say what I needed to, and recognise the words he used from my vocab study list. I tripped up a little at the end when he was giving me instructions about taking the medication, but I made sense of it. I read instructions for the medicines in English after I left, which mostly confirmed what he had told me (and confirmed that I had understood correctly).

He printed off a form with a list of medicines and some blood tests he wanted to do (to rule out other possibilities), along with the itemised list of charges for the appointment. The nurse then took me to a kiosk to show me how to pay – scan my barcode, accept the itemised list it brought up, pay with wechat, and collect my receipt. It was $200 for everything. She also showed me how to use the same kiosk to make an appointment ahead of time (she said for the next day, but I’m assuming it could be further ahead as well). Next I went to the pharmacy to get my medicines – I handed over my list, showed the receipt, and waited all of about one minute to hear my name called and pick them up. Then I went to do the blood tests (my friend had pointed out the blood draw area earlier in the day so that helped!) and the technician did the best blood draw I’ve had in YEARS.

Overall it was a really positive experience. I’m glad I’d had time to work out what was happening with me and learn the relevant Chinese vocabulary before the appointment. I’m really glad I could go with someone who knew how the system worked and could take me through it step by step. I’m thankful for the efficient and helpful staff I met at every step.

So, I have a diagnosis, medications, and hope that it’s all going to get better soon. Plus I now know a nearby hospital that I’d be happy to go back to for medical care in the future. So I’d say that’s a win!

3 thoughts on “A visit to a Chinese doctor” 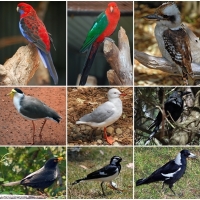