So last week in my post on relaxing grocery shopping, I mentioned off hand that 普通话 (pǔ tōng huà) is just one of several words to describe the Chinese language. I thought explaining the various words and how they differ might be a nice way to ease back into thinking (and writing) about Chinese language and linguistics.

I managed to come up with seven different words/phrases used to name the Chinese language. For English speakers, this may seem bewildering! There’s really only the one English word to describe the English language – it’s just “English”. Sure, you can add an adjective to it for specificity (Australian English, British English, American English, bad English…) but there’s really only one name for the language.

Chinese is, as you can already tell, a little more complicated.

Now comes the fun part – decoding it all! I’m going to start at the end, with the suffix-like words for language, just because this is the simplest part of the whole exercise. Each name ends with either 话 huà, 文 wén, or 语 yǔ.

语 yǔ can be either written or spoken; it probably leans more toward spoken, or at least a little less formal than 文 wén.

Next, the words for China.

中国 zhōng guó is the name “China”. This is sometimes abbreviated to just 中 zhōng or 国 guó. Used in a phrase, both stand for China, although with slightly different implications. 中 zhōng literally means middle, implying central; 国 guó literally means country, implying national. Hence the English phrase “Middle Kingdom”. And with that we’ve covered three of the seven names on our list.

华 huá is another word used to represent China. That’s another two names, and we have five of seven.

汉 hàn is a bit different. It’s not “China” but rather the Han people, the majority ethnic group in China; over 90% of citizens are Han. And now we’re up to six.

Finally we come to 普通 pǔ tōng. This is the odd one out, as it isn’t a China-specific word at all. Instead, it means “ordinary” or “common”.

Now we’ll put all the pieces together and go through the list one by one, and I’ll explain the different nuances of meaning. I’ve arranged the list somewhat in order of how often they’re used here in mainland China.

This is the most general word meaning “Chinese”. This is the word used for comparing Chinese to other languages – Chinese vs English, for example. It refers to all types of Chinese, including various dialects. For example, Cantonese could be considered 中文 even though it is a different language to Mandarin. This is more easily understood when taking the written language into account. The Chinese writing system was “standardised” about 1,000 years ago, so that people who spoke different dialects could all read the same texts. Eventually, the Beijing dialect became the base for this modern written Chinese, which eventually led to standard Mandarin. So when someone says 中文 they often just mean Mandarin. Still, the term is also used for other Chinese dialects as well, especially when considering them as a group under a single banner: 中文.

This is the word I used in my previous post. It is the clearest way to specify Mandarin rather than any other variety of Chinese. It is the “common speech” chosen and codified and used as the national language. While based on (and still very similar to) Beijing dialect, they aren’t quite the same. This is the word most often used by Chinese people to refer to my Mandarin speaking abilities, because I speak standard Mandarin rather than a dialect. Most of the time my pronunciation is quite standard – leading to comments about how I speak better 普通话 than me/her/etc. – although I fall into a pretty strong Beijing accent sometimes!

This is one of the first words for Chinese I was taught back in middle school, so it still slips out sometimes, but I rarely hear Chinese people here use it. Literally, it means the language of the Han people. And since China is majority Han, and the common language is Mandarin, 汉语 means Mandarin. But there is something exclusivist about it, given that many Han speak another dialect before Mandarin, and that non-Han also speak Mandarin. Perhaps that’s why it’s not used as much. Or it could simply be that the above two words have most situations covered.

Similar to 中文 zhōng wén, 中国话 zhōng guó huà is a word for Chinese language/s, this time specifically spoken language. It still usually refers to Mandarin, though technically it can refer to any dialect spoken in China. The other difference is that this is specifically languages of the country of China, rather than the broader 中 zhōng which could embrace anything considered to fall under a wider cultural umbrella. I nearly didn’t include this one. I do hear it used, albeit only in very informal speech. But what pushed it over the line for me is that it’s also a construction ordinary people use to talk about other languages – country+话 huà. So I get asked if I speak Australia-话 huà, or if I say Australians speak English, I might be asked “what about Australia-话 huà?”

This one means Mandarin generally, both written and spoken, and is mostly used in Taiwan or by Taiwanese diaspora. I’m told Cantonese speakers sometimes use it too, but I don’t have first hand knowledge of that. I have had American friends who first learned Mandarin in America taught by Taiwanese, and this was the word they learned for the Chinese language. I’ve also seen it come up in diaspora fiction (written in English, but with diaspora characters).

I’ve grouped these two words together, because they’re basically the same thing – different general language suffixes with the same implied meaning. Again meaning Mandarin generally, this time used predominantly by Chinese diaspora in south-east Asia (Singapore, Malaysia, Indonesia, etc). I rarely heard these words, but I often hear 华人 huá rén used to refer to ethnic Chinese, especially those of the diaspora (not born in mainland China). Having said that I rarely hear these used, I heard 华文 this week! I told a Singaporean friend I was writing this post and asked what names she could think up – 华文 was one of the first she listed.

And that’s the seven names for Chinese!

I’m going to wrap up with a chart I came across on a ChineseTalkeze post from two years ago. Blogger Victor polled over 150 Chinese language learners about which word for Chinese they use in ordinary conversation. It fits about what I’d expect: 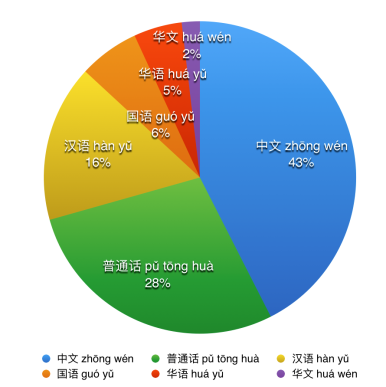 I like his conclusion, too – 中文 zhōng wén meaning Chinese, and 普通话 pǔ tōng huà to specify Mandarin, are really all you need. It helps to understand the other words (because they do get used) but you won’t often go wrong using those two, especially in mainland China.

5 thoughts on “Different names for Chinese” 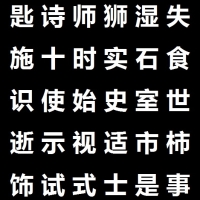 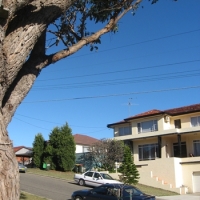