Relatively speaking, very few people will address you by your given name. Friends of a similar age might use your given name, but if there is an age difference, or you are very close, it is much more common to use a term of address. I find the system of terms of address within families fascinating.

One of my first Chinese friends has the name Tang Xue but I almost never use her name; when I do it’s for talking about her, rather than to her. Talking to her I always call her Jie Jie (older sister). Using the term of address is actually a sign of a closer relationship than using her given name. Anyone can use her actual name; only select people can call her “sister”. When she was still living in Beijing and we saw each other a lot, I suspect calling her Tang Xue would have offended her!

Within families, no one uses given names. She was stunned when she realised I called my sisters by their names, and almost horrified that my parents call each other by name. In Chinese, she explained, this would sound like dramatic emotional distance between people so closely related.

In Chinese, spouses call each other “Husband” or “Wife”, and siblings call each other “Brother” or “Sister”. Given names are sometimes used for younger generations, but not always. In English we do this for family members of an older generation – Mum/Dad, Aunt/Uncle, Grandma/Grandpa. It can sound rude to use a person’s given name rather than a term of address in this context; we just don’t do it for family members of the same or a younger generation.

There are four words for siblings, to denote both gender and relative position: 哥哥 ge ge = older brother;  姐姐 jie jie = older sister; 弟弟 di di = younger brother; 妹妹 mei mei =  younger sister. You can specify further by using birth order. A person’s place in the family determines their full designation. The oldest gets the prefix 大 da, meaning “big”, and the rest are numbered. The prefix is the same for everyone; the suffix changes dependent on relative position.

I have two sisters, and I am the oldest; I call Carla Er Mei and Natasha San Mei (2 younger sister, and 3 younger sister). Carla calls me Da Jie and Natasha San Mei; Natasha calls us Da Jie and Er Jie. In this way, when talking about a sibling the listener knows exactly where in the family they fit – no matter how many siblings you have. This is very helpful when you are talking about your siblings,  since you don’t use their names. Without being able to easily distinguish between my Er Mei and San Mei, talking about my family (in Chinese) gets rather confusing – I know this well, because it took me a few years to learn about sibling numbering!

Chinese also has a complex system of terms of address for extended family. While far fewer Chinese families have multiple siblings now, large families were traditionally preferred so all these terms of address came into play. While this is a bitch to learn (to be frank), once you know it the specific words allow you to say a lot about a person’s relationship to you in only a few words. 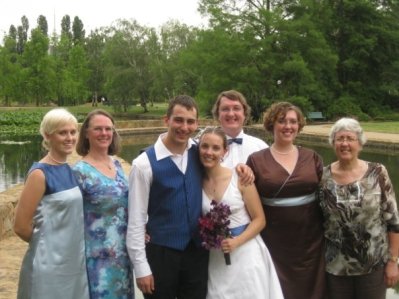 All familial terms of address are specific to either the paternal or maternal side of your family. My father’s parents are my 爷爷  ye ye  and my 奶奶 nai nai. The terms for mother’s parents have changed, as the traditional terms reflect a patriarchal system in which maternal relatives are less important and less close. Originally, they would be 外公 wai gong  and 外婆 wai po, with 外wai meaning “outside”. Modern Mandarin uses the terms 姥爷 lao ye and 姥姥 lao lao (and sometimes the more traditional 公公 gong gong  and 婆婆 po po).

You may see a connection at this point – the husbands of my parents’ sisters, and the husband of my sister, all take the suffix 丈 zhang or 夫 fu. Together, these two words, 丈夫 zhang fu, mean “husband”. Also, in each case, the first character is the same character used for the aunt in question. A lot of the terms of address follow this pattern – a combination of two words that combine to precisely explain a relationship.

Dante is my youngest sister’s husband. In English I use the non-specific term “brother in law” to explain our relationship. In Chinese, I use 妹夫 mei fu, meaning younger sister’s husband. To be more specific I can add 三 san in front to explain which sister he is married to.

Combinations also work for cousins. There are two prefix characters: 堂 táng and 表 biǎo. If a cousin shares your surname (your fathers are brothers), use 堂 táng. If you have different surnames (your mother’s side, or your father’s sister’s kids) use 表 biǎo. Once you have the right prefix character, use the terms for siblings to indicate gender and relative age. I have 4 表 biǎo cousins – the two girls are both older than me so they are my表姐 biao jie; the two boys are both younger than me so they are my 表弟 biao di. My father’s brother’s children are all younger than me, so they are my 堂妹 tang mei and 堂弟 tang di.

This is, of course, the tip of the iceberg. Thankfully, it’s all I need to know for my own extended family! If you are interested in seeing it all laid out clearly,  Laowai Chinese has a great pdf you can download with a big family tree of Chinese terms of address. 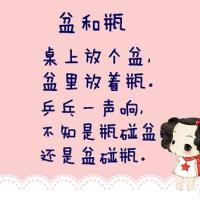