I really enjoy writing this blog. I enjoy having an outlet for my thoughts about, well, almost everything. I am constantly surprised (and pleased) to find that many other people are interested in those thoughts. As this year comes to a close (not to mention this phase of my life) I’ve been looking back over this year’s overlap between what I find interesting and what you find interesting – the posts that received the most traffic in 2014.

One of the biggest surprises of the year for me was how much you all like reading about food!! The most popular post I wrote all year was about foreigners’ favourite Chinese food. A follow up (which I called YOUR favourite Chinese food) was a response to the pile of facebook comments with people discussing favourite dishes I hadn’t included! Also popular was a post about liangcai – cold appetizers common in China.

I was also surprised by the huge response to a series of posts about some health challenges in my life. I wrote about avoiding salicylic acid, how I discovered my intolerance to it, and thoughts about chronic pain – now that reducing my exposure to salicylic acid has also reduced my pain. I wrote the original post not expecting anyone to really read it, but to have something already written to which I could point when asked questions about why I don’t eat certain things. I was really encouraged by all the lovely responses to my story. 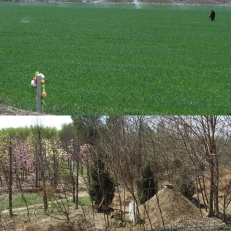 Then there were the posts we agreed on – things I enjoyed thinking and writing about that were also quite popular. Several of these were things I’d wanted to write about for a while and was therefore quite pleased you enjoyed! These included the consequences of smog, the hukou system, an explanation of tomb sweeping day and bad China days. Then there were two about being a foreigner in China – the house plant theory and being obviously foreign. And finally, another conversation with a Chinese person – Mr Zhao.

Being me, there were also posts about language. Three language themed posts I wrote in 2014 were among the most viewed of the year – one about tones in Mandarin, one about learning Khmer (and the differences between it and Chinese), and one about the Chinese word meaning both up and earlier.

A big theme for me this year has been transition. I am approaching one of the biggest transitions of my life – from full time expat and youth worker in Asia to full time student in Australia, the passport country I haven’t lived in since I was 21. Three of the seven most viewed posts I wrote this year were transition themed – buying my plane ticket out of China in July, my last day in China at the end of August, and recounting a day of grief for the life I’m leaving behind. I was amazed by the outpouring of encouragement and support that followed the writing of that last one in particular. I also wrote a series of posts following my Chinaversary – reflecting on my ten years in China. 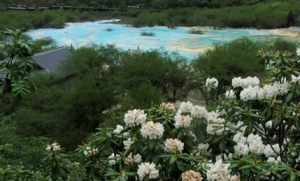 There were also a bunch of posts from 2013 that received a lot of traffic in 2014. The yin and yang of the Chinese calendar is the most popular post on my blog by a big margin; most months this year it had more views than in the month I published it. Two Chinese food posts from last year were also well viewed – like I said, you guys seem to like reading about food! Then there were the Chinese language posts that continue to be read (no, water, thank you, and learning Chinese) and other posts about Chinese culture (Singles’ Day, extended family, China’s holiday schedule, smoking in China). One of my favourite posts from last year (Accent Wars) and one of my favourite travel posts (Huang Long) were also popular this year.

Thank you for reading my writing this year! And yes, as many of you have asked, I will continue writing as I transition into life in Australia. I will be away preparing for the annual EPIC youth conference on New Year’s Eve tomorrow, so let me say now – Happy new year!