I’m sure you’re all aware that the Chinese new year just began, and you probably know that it is based on a lunar year. The Chinese calendar is ancient, and is followed by most of South East Asia – Korea, Japan, Mongolia, Vietnam, Thailand… I don’t know how deeply the calendar is followed in those countries in the modern era, but in China it has a lot of influence.

And yes, the words 阴 and 阳 are the same yin and yang most westerners have heard of from the Dao philosophy and symbol. The Chinese calendar isn’t religious or spiritual in any sense – the words yin and yang simply mean lunar and solar, and are used in Daoist philosophy to represent a system of opposites.

While the Gregorian calendar is definitely used in China, and all modern dates are marked by it, the yin li is not at all obsolete. It has a lot of influence on daily life.

Other than two Communist era holidays, National Day and Labour Day (October 1st and May 1st, respectively) all Chinese holidays and festivals are governed by the yin li. Several fall on the full moon in the middle of the month (each month is governed by the phases of the moon). This is why the date of the Chinese new year changes every year.

Many of my Chinese friends through the years have marked their birthdays by the yin li date they were born on. In Langfang most of our workers did not know their solar birthdate, as they had only ever used the yinli for birthdays. When I asked someone to put together a list of birthdays, each date was marked either yin li or yang li; I kept a desk calendar that had both the yin li and yang li on it, which was enormously helpful in knowing when each person’s birthday was.

It’s not hard to buy a calendar with the yin li dates. In fact, there are calendars available with the yin li in large script and the yang li in very small script. There’s even an online Chinese calendar like this, should you ever be interested in looking at it.

Then there’s the Chinese zodiac. While most westerners know there is a cycle of 12 animals, few understand that it is much more complicated. There is a 60 year cycle, going through every combination of 12 zodiac animals (rat/mouse, ox/cow, tiger, rabbit, dragon, snake, horse, goat/sheep, monkey, rooster/chicken, dog, pig/boar) and 5 elements (wood, fire, earth, metal, water). The current new year is the Water Snake year (each element applies two years in a row – last year was the Water Dragon year). I was born in the Water Dog year near the end of the previous cycle, and my sisters in the Wood Rat and Fire Tiger years at the start of the current cycle.  My parents were both born in the previous cycle’s Wood Horse year, which just makes me think of the Trojan War.

Each animal/element is ascribed certain personality characteristics. There are also animals for each month and day and even hour of birth, giving each individual a more comprehensive character profile than a simple “born in the year of the water snake”. This is why a person’s time of birth is important for Chinese fortune telling. The way these characteristics interact or complement each other influencing matchmaking, deciding whether a couple is compatible (there are complicated compatibility charts all about it), but these days it’s more a curiosity than a reason to/to not get married. While these beliefs hold less sway now, many people choose “auspicious” dates for weddings, even consulting Chinese astrologers to pick the best day.  Some even try to plan the birth of a child around an auspicious time. I read that there are far fewer appointments being made with obstetricians in China this year, as the Snake is seen as a less auspicious sign.

All that is fairly complicated, of course – hence the need for astrologers to calculate what is auspicious for you. These days, most people stick to easily defined “lucky” days, through the use of homophones. Certain numbers  represent different things because the words sound similar. For example, two sounds like love (èr/ài), eight sounds like the verb to become prosperous (bā/fā), and nine sounds like longevity (jiǔ). The alternative pronounciation of one sounds like “will” (yāo/yào) so putting a 1 in front of a lucky number makes it luckier – will love, will prosper, will live long. (Hmm, does that mean 1918 should be the official number for Star Trek?) Four, as many people know, sounds like the word for death and is therefore very unlucky (sì/sǐ). Many buildings in Beijing have no floor 4, 14, or 24. Many are missing 13 as well. December 12th 2012 was an extremely popular day to get married in China – will love, will love, will love.

13 thoughts on “The Yin and Yang of the Chinese calendar” 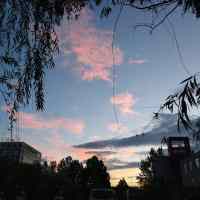 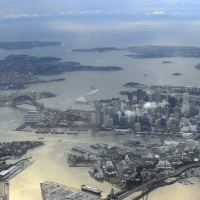 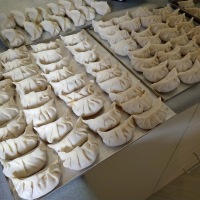